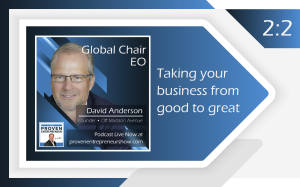 Lessons on how to take your business from good to great and exceptional from inspiring entrepreneur David Anderson of Off Madison Ave.

Entrepreneurs can be a dime a dozen, but an inspiring entrepreneur is a rare gem. Like many businessmen, David Andersen started from humble beginnings. Both of his parents worked in corporate, which made him no stranger to long hours and hard work. As a teenager, he took on odd jobs as a gas station attendant and a country club caddy. Day in and day out, he put in the hours even when he didn’t want to. He worked despite brutal rainstorms and terrible weather. He served people from every possible walk of life. Working hard during his formative years showed David what he wanted his future to look like. This early experience set him up for eventual success.

ALL IN GOOD TIME ENTREPRENEUR

David was born and raised in Arizona. He went to Arizona State University and was perfectly happy earning his degree while bartending and waiting tables on the side. Life was good and easy. Until one day when David realized that fun wasn’t enough anymore.

The next moment, he had packed his bags for Washington D.C. He had no plans except to find work that he loved. He went through his father’s contacts, as well as his own. He fell into government work naturally. Over the next couple of years, David earned his position as a congressional staffer, which led to work with two presidential commissions. He had every intention of staying in politics to help direct the show, until his presidential candidate lost. All of a sudden, things were up in the air again.

At this point, he moved back to home, where he joined a PR firm from which he was eventually fired. Not one to take a No quietly, David chose to start his own Company and journey as an entrepreneur.

IF YOU CAN’T FIND IT, BUILD IT

David’s started Off Madison Ave because he recognized that there was a need for better marketing services. Off Madison Ave is unique because it uses behavior design to direct consumer perceptions. Since it launched, the company has helped institutions like CVS Health, Siemens, and Toyota gain a bigger foothold in their respective fields.

Over the years, David’s work has taught him a number of important things that have nothing to do with the bottom line.

First, it’s important to learn the difference between working on the business and working in the business. An Entrepreneur can turn any idea into reality with hard work and maybe a little luck. An inspiring entrepreneur knows how to transform an idea into a reality that can stand on its own.

Second, businesses are only as great as the people working on them. Invest in talent even if it means paying more. A talented, high-performing team is the backbone of all great companies, and superstars produce ROI.

Third, the most inspiring entrepreneurs always give back. David regularly mentors other entrepreneurs through his work in the Entrepreneurs’ Organization (EO). EO is the premiere organization for entrepreneurs with business valued over $1M. David is the current Global Chair. He firmly believes that his work here has kept him inspired, relevant, and driven. 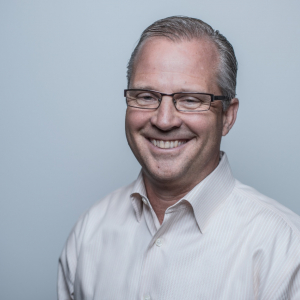 Above all, David Anderson is a firm believer in continued education. He invests time listening to podcasts and reading self-help books because growing pays dividends for the rest of your life.