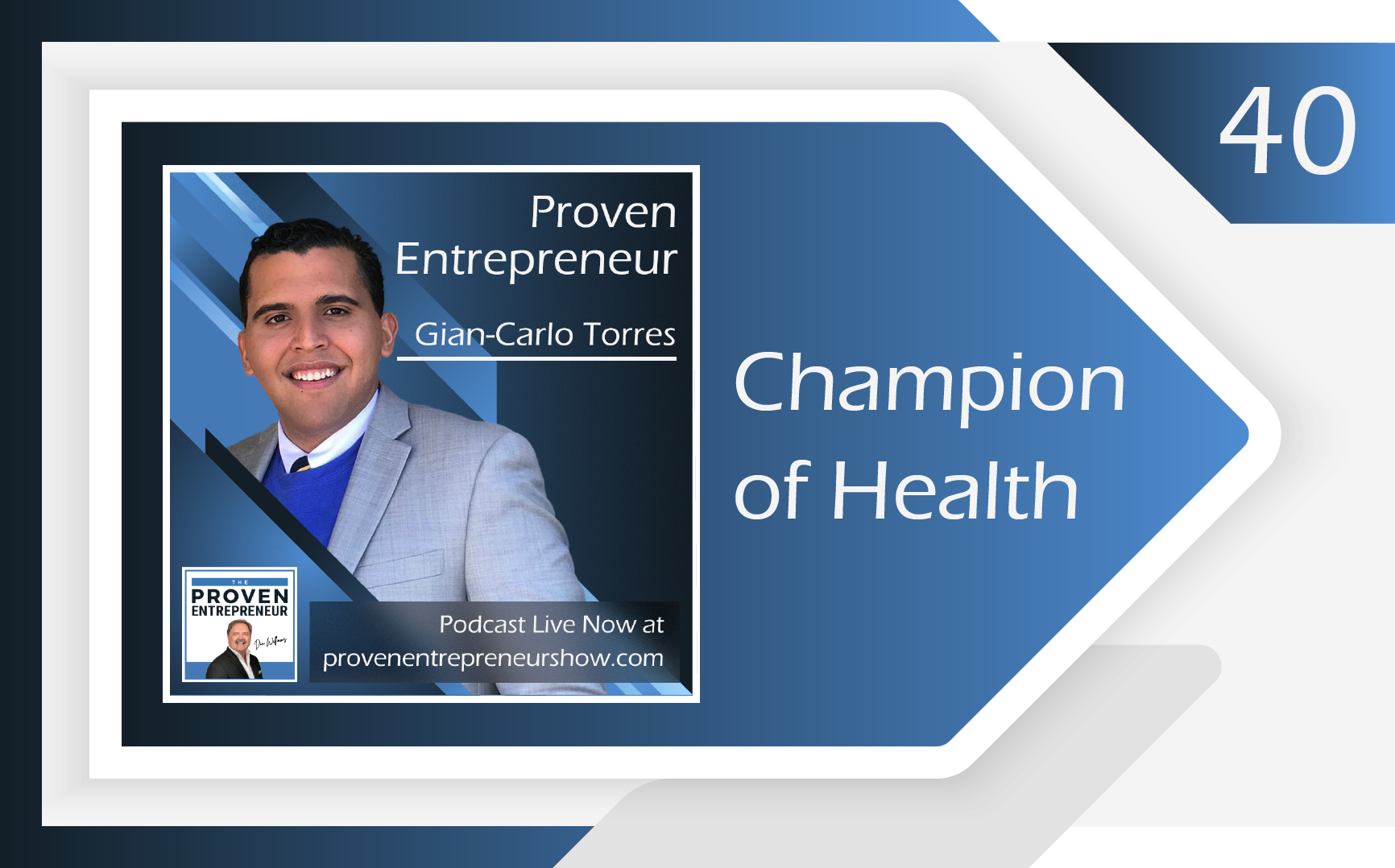 To date, Immunotec has sold over 430,000,000 units of Immunocal, a science-backed supplement.

Successful entrepreneurs have an eye for opportunity. At 19, Gian-Carlo Torres built an empire on his mother’s miracle medication.

Jack of all trades,

Gianco to his friends loved to work. He was 12-years old when his father asked him to help with the family’s cleaning business. While other kids slept, Gianco was up at 4 AM on most mornings washing floors with his dad. He worked odd jobs all through high school, which became 70-hour weeks of waiting tables, landscaping, and doing volunteer work. He relished every single minute. Hard work came easily to Gianco. But while he loved what we did, none of the work felt like a calling.

To Master of one,

When his mother got sick, Gianco found himself being shuffled from one doctor’s appointment to another. His mother tried dozens of treatments, but none of them worked. Gianco’s parents were ready to give up when their doctor offered them a supplement with over 14 decades of research. One Sunday soon after, Gianco woke to his mother reorganizing the kitchen. She was humming as she cleaned. She said she had never felt better all her life.

Right then, Gianco knew he had an amazing product in his hands. His friends and relatives became instant believers and even faster customers. He had just finished high school when he decided he was going to put up Immunotec. He knew it was going to be an uphill battle. After all, he had nothing to his name and no degree or MBA. But he was coachable and hungry, and he was confident that that was all he needed.

He spent the next few months learning as much as he could. Like other great entrepreneurs, he invested in self-help books and seminars. He listened to as many podcasts as possible on the pharmaceutical industry. He took notes diligently and studied them nightly. After a while, he noticed that his mindset had changed drastically. He was noticing opportunities everywhere and transforming opportunities into action.

To date, Immunotec is one of the top 100 best direct-selling companies in the world. The company is built around Immunocal, a patented specially formulated natural protein that is clinically proven to improve immunity. Gianco has sold over 43 million units of Immunocal in a little under four years.

In that time, Gianco has also learned lessons that most entrepreneurs take years to master:

Two, failure is temporary. A series of bad personal financial decisions forced Gianco to mature quickly as an entrepreneur. He used this experience as motivation, which allowed him to integrate the lesson into how he did business. Immunocal promises its customers financial freedom through health.

Three, the entrepreneurial story is in the journey. Gianco may only be 23-years old, but his experience rivals most. Like other great entrepreneurs, Gianco has had his moments of doubt, but he finds joy in the day-to-day. He looks forward to decades more of learning.

When Gianco isn’t busy with Immunotec, he can be found posting restaurant reviews on Instagram, @thisisgianco.