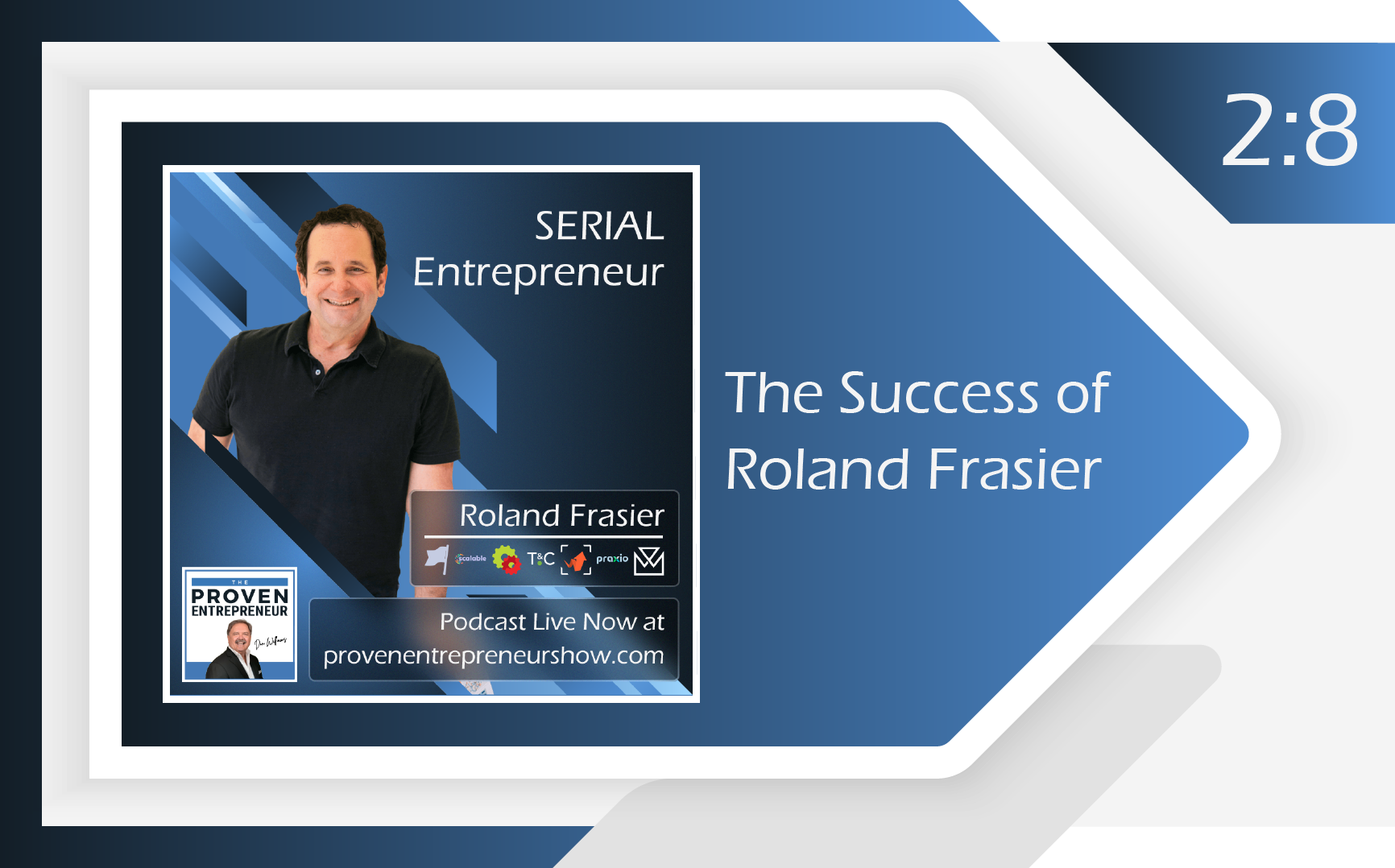 He rose from the ashes of a business scandal to launch five of Inc. Magazine’s fastest-growing companies in e-commerce, e-learning, and real estate.

Great entrepreneurs have nerves of steel. At the peak of his career, Roland found himself in legal hot water. That event cost him his house, money, marriage, freedom, law and accounting licenses. Roland has gone on to build &/or exit 24 businesses with sales from $3 million to almost $4 billion. Roland is currently a Principal in Scalable.co, DigitalMarketer, Traffic & Conversion Summit, War Room Mastermind, Fully Accountable, Scribe Publishing, Real Estate Worldwide and others.

Experience is a great teacher for great entrepreneurs

Roland grew up in a small town in Covington, Virginia, but he always had big dreams. He was very close to his father. As a kid, Roland watched his attorney father meet with great entrepreneurs from every field. He decided early on that he wanted to be an entrepreneur himself.

Roland was an absolute natural. He got his first paying job at 13-years of age, where he taught five-year olds how to play tennis. During the first half of high school, he put on magic shows for an extra penny. During the second half, he joined a band that played in clubs that he wasn’t even old enough to get into. In between performing, he was flipping real estate all across the United States. He sold insurance and securities. Once he set his sights on something, there was no limit to what he was willing to do.

He followed his father’s advice and took accounting in college, because “numbers are important in all businesses”. He also followed his dad’s footsteps as an attorney and went into law school.

Sometimes, failure is a better motivator

Roland’s law practice grew quickly and easily. But an issue with a client resulted in the largest setback of his life. Roland’s wife divorced him. And he lost millions of dollars in lawyer’s fees. But he refused to give in.

During these dark times, Roland held onto what he was great at. He had always been a deeply happy person. He utilized this energy to get into the mindset that had him working on his plans. Soon enough, he was working on businesses that were close to his heart.

Roland is now the proud co-founder of five of Inc. Magazine’s fastest growing companies. He now spends his days teaching aspiring entrepreneurs how to grow and scale their businesses.

Like other great entrepreneurs, Roland’s work never stops. He is currently in the middle of launching a new podcast and running a music production studio. He firmly believes that fulfillment comes from finding the intersection between helping people and doing what you love.