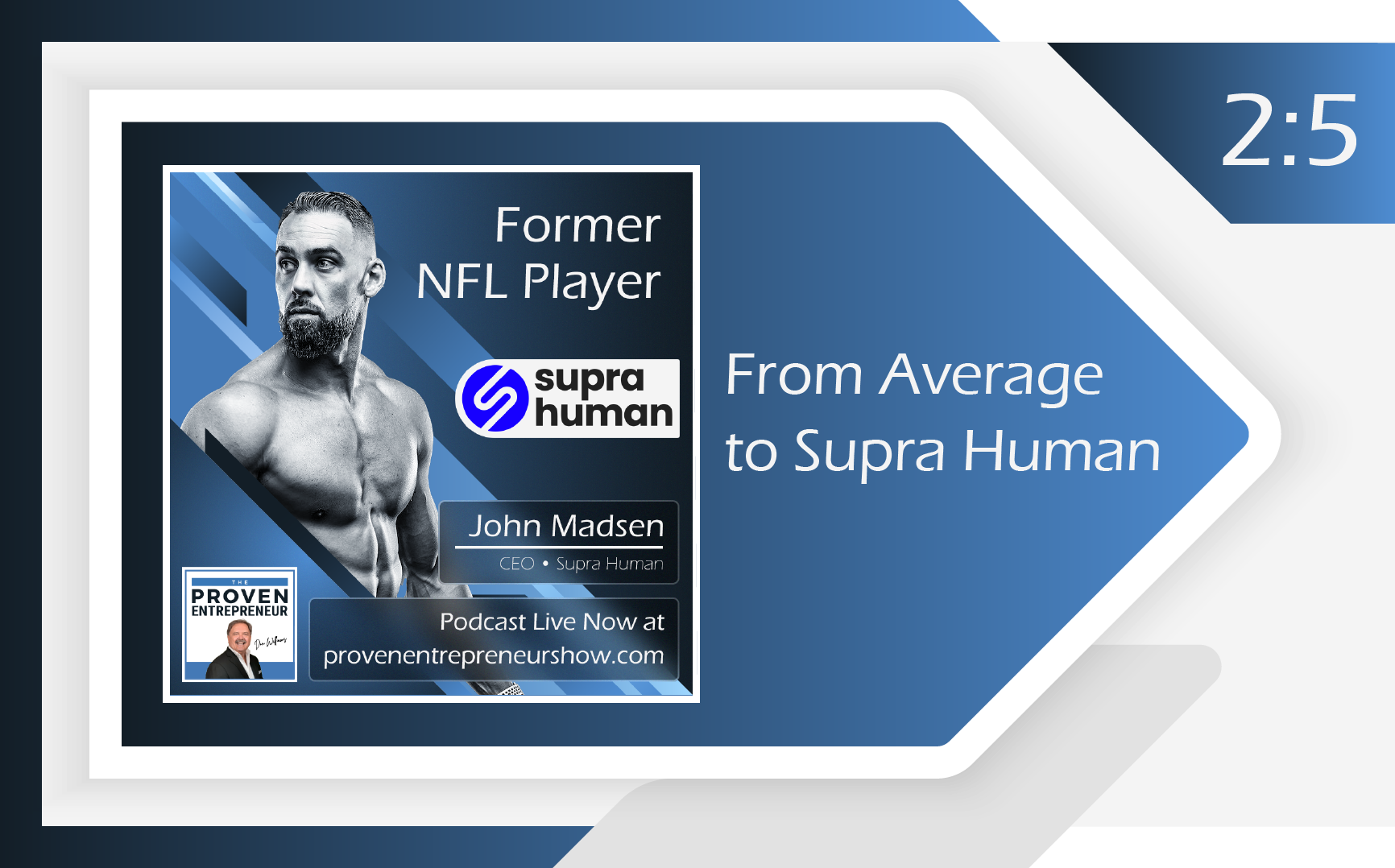 Like other successful entrepreneurs, John Madsen doesn’t take no for an answer. As a child, he had an idea he wanted to be a professional athlete. An injury cut his professional career short, but he found other ways to turn his passion for fitness into a way of life. In this podcast, John talks about his transition from playing college football to training Fortune 500 CEOs and World Series champions.

The Secrets Behind All Great Athletes

Set Your Mind on Success

John grew up in a working middle class blue-collar household. His father loved sports. John’s family spent every summer of his childhood playing at the ballpark. By the time he was 10-years old, he had tried his hand at football, basketball, baseball, tennis, and soccer. Before he entered junior high, he knew he wanted to become a professional athlete.

He auditioned for his school’s football team and made it. On the first day of training, the coach asked everyone to do bench presses, but John couldn’t lift the lightest weight assigned to him. He accepted the challenge. That evening, he asked his dad to train him. They set a schedule for three times a week. John made every session without fail. By the time graduation came around, he had gained 25 lbs of muscle. He set his sights on building his professional athletic career.

Don’t Take No for an Answer

John spent his college years playing football for a local university. One day, he saw a news article saying that the University of Utah had an excellent football team but a need at wide receiver. He got in his car and drove straight to the coach Urban Meyer’s office to ask for the spot. He started training as the third string wide receiver the next day.

John was drafted as a free agent for the Oakland Raiders. In John’s third year of professional football he got sidelined by a knee injury. All of a sudden, his professional career was thrown out of the window.

Like other successful entrepreneurs on the entrepreneurship journey, John didn’t let the detour get in his way. He returned to the gym and kept training. John was at the gym when he realized that he could make a business out of fitness. He opened his first training facility in Salt Lake City and focused on turning high school students into world-class athletes.

John had no business background. While he found more and more clients each month, he made close to nothing because he was losing money on his overhead. Like other successful entrepreneurs, John was different because he was willing to try things a different way and learn. The third iteration of his company is the most successful.

The Secrets Behind All Successful Entrepreneurs

John owes his growth as a businessman to some of the most successful entrepreneurs in the field. For one, he is a firm believer in asking for help. He hit a personal wall a couple of years into his business. Unlike most, he didn’t insist on the status quo but hired an expert to help him begin and complete the change process. Within six months, he was a new man. While hiring an expert at that time cost him a lot of money, he believes it was one of his best investments. He continues to reap the rewards from that business decision today.

John Madsen is an inspiring father, athlete, and entrepreneur. When he’s not turning CEOs into world-class athletes, he shares his wisdom on “The Show with John Madsen” podcast. You can also find him on Instagram as @johnmadsenofficial.