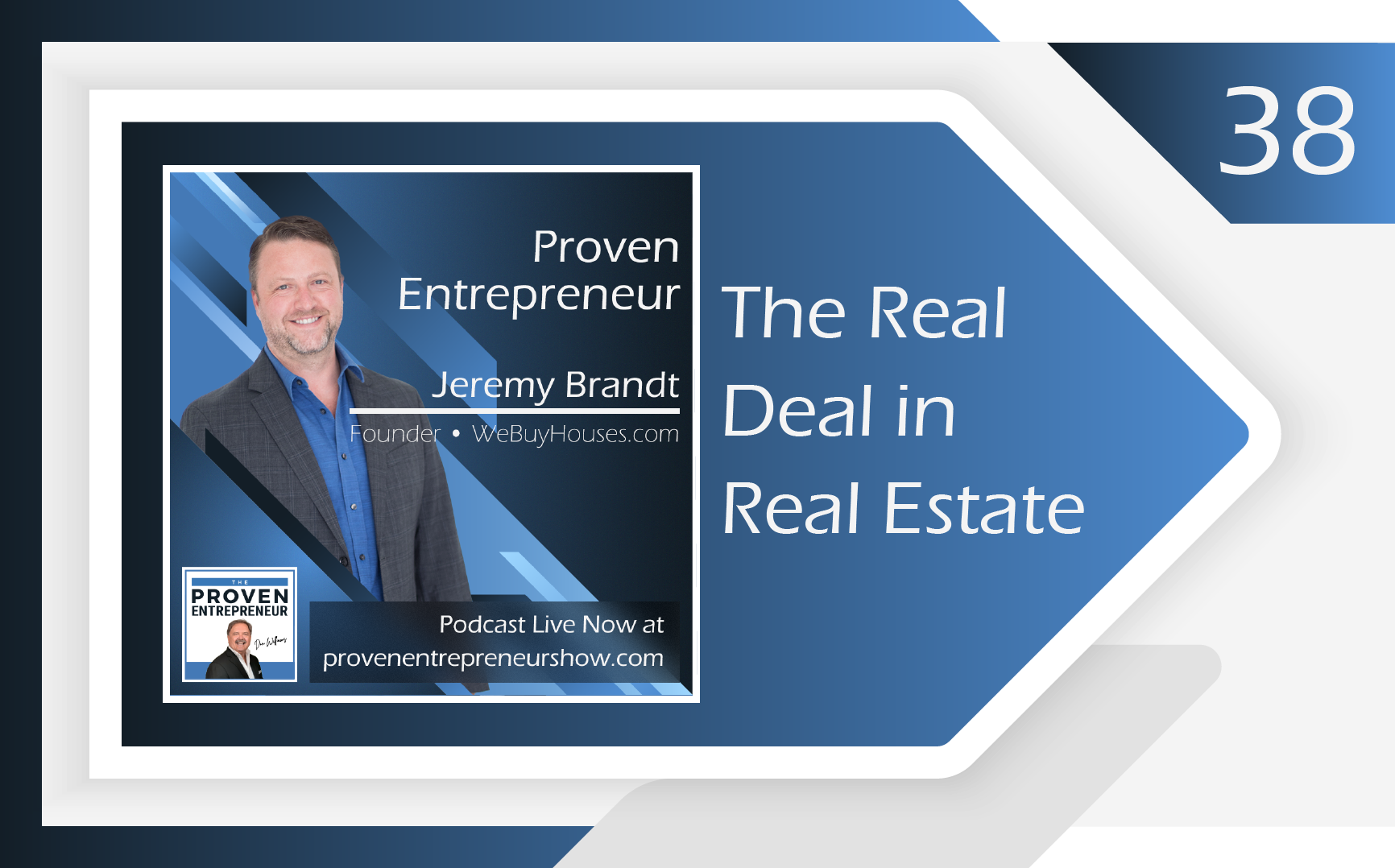 How Jeremy Brandt utilized lead generation and client networking to sell thousands of high-quality homes all across America.

Jeremy Brandt has been a successful businessman for as far as he can remember. Growing up in Spokane, Washington, near the Idaho border, he was the eldest of seven siblings. His home life was warm, noisy, and filled with large family dinners.

His first foray into entrepreneurship was thanks to Costco. As a kid, he accompanied his mom on her weekly grocery trip and bought candy to resell to his friends in school. Over the years, he sold gloves to workers at machine shops and gardening supplies to his neighbors.

When he was 16, the entire family moved to Dallas Fort Worth to chase an investment opportunity. While his dad ran the numbers, Jeremy got a job in a computer store as a network engineer. The engineering position soon became a consultancy gig, which had him flying all across the United States to help build startups. When his dad was ready to move back home two years later, Jeremy decided to stay.

Jeremy was a millionaire at 22. But when the company he worked for declared bankruptcy, he got fired and lost his six-figure salary overnight. In hindsight, he realized that all the money actually distracted him from building his own business. His real entrepreneurship journey started the following day.

He met a friend who was flipping houses in Dallas and figured it was a good way to earn a living. By this time, his experience in computer networking had made him an expert in marketing and lead generation. He bartered his skills for a crash course on the real estate market. He and his friend started flipping houses all the way from Miami to LA.

One night, they decided they were too tired to fly cross-country to sell a house. They started making calls to sell the lead instead and could not sell them fast enough. Jeremy’s first own business, Fast Home Offer, was born.

Fast Home Offer had been selling leads for about 20 years when Jeremy realized that there was an additional opportunity in the market. While many people wanted to buy houses, many people wanted to sell their homes too. WeBuyHouses.com promised to help homeowners sell their houses as quickly as possible by utilizing “world-class comprehensive marketing tools and professional systems”. WeBuyHouses.com is currently the most recognized name in real estate investing in America.

To date, Jeremy and his team have sold thousands of homes across the United States.

Learning from an Entrepreneurial Journey

Jeremy learned a number of great things along the way.

One, a successful businessman should make tough decisions early. Entrepreneurs know that companies go through good times and bad times. Successful businessmen know when to ride the good wave and when to downsize during the bad.

Two, a successful businessman starts with value. Oftentimes, the price of a good is based on the amount of effort it cost to produce it. But the most successful entrepreneurs know that this is not the most profitable way. Instead, the cost of a good should be based on the value it can provide to the client.

Three, a successful businessman knows to take some time away from the business. Jeremy does this often because it gives him a fresh perspective. It’s also difficult to make business decisions when one is overwhelmed. Relaxing can put business owners in the right frame of mind.