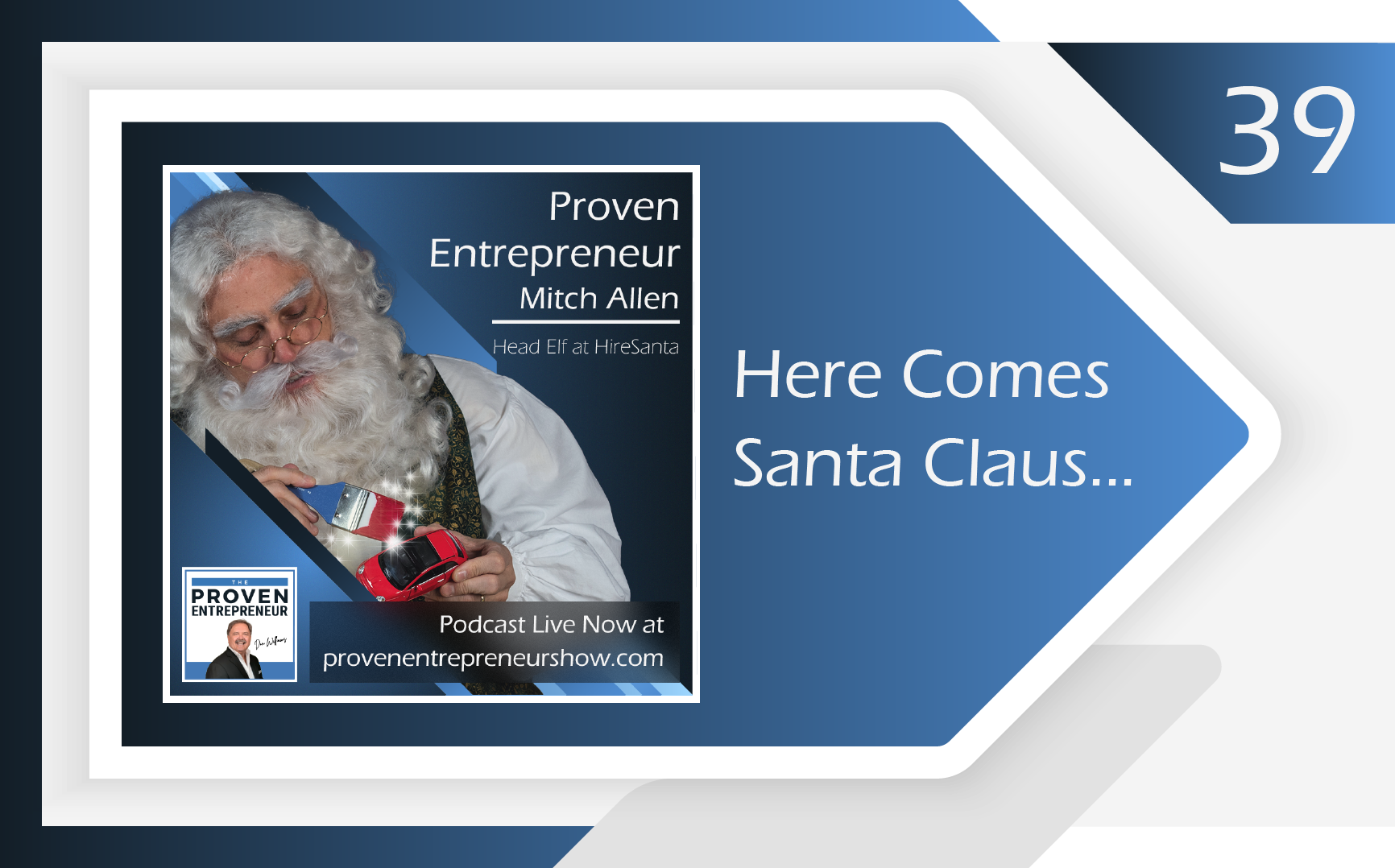 How Mitchell Allen sold 10% of his business, Hire Santa, for $200,000 on Shark Tank and other advice from a serial entrepreneur.

Successful businessman Mitch Allen (aka Santa) has had over 10 businesses to his name. He is best known for appearing on national TV as Santa’s head elf. In a Shark Tank Holiday Episode, Mitch Allen sold 10% of his company, Hire Santa, for $200,000.

Mitch grew up in a small oil and gas town in Denver, Texas. His mom was a fourth grade teacher, and his dad was the principal of the town’s only elementary school. Mitch had always had a good sense of business from an early age. He was roofing houses with his best friend when he was 14. He bought and sold baseball cards, comic books, and vintage coke machines. Back then, he always wanted to be doing something. There was always a notion of hustling through summers. And the reward just happened to be money.

While he had a strong entrepreneurial spirit, he wasn’t quite sure what he wanted to study in university. He ended up taking a degree in Mathematics, which eventually became a PhD in Applied Math. He took a statistical analyst position fresh out of college, which was where he met his long-time business partner.

Mitch’s partner was an attorney by profession. Their first partnership venture was a law practice in Fort Worth. Mitch has always been a team player because he believes that partners always add value to a business. He talks with other successful entrepreneurs often and reads business books during his spare time. He then tries to implement the things that have worked for other people in his own businesses.

Mitch also knows that business should be fun. He dressed up as Santa for his company’s Christmas party in 2008 as a surprise for his employees. They adored him. He played Santa for the next four years. When he started receiving offers to appear as Santa in TV commercials, he knew he had an amazing business idea in his hands.

Hire Santa is “home to the best professional Santa Clauses in the world.” The company matches clients all across America with their local Santa’s and solved a need that no one had addressed before. Hire Santa has taught Mitch three very important things:

One, successful companies always have a competitive advantage. Figuring out how to make money may be the first concern for all businesses. But knowing how to make money efficiently is the most difficult challenge.

Two, a successful businessman takes risks earlier and more often. The best time to start a business is when you are young and free of obligations. “Jump in with both feet. Do not be afraid of failure.”

And three, businesses build other businesses. Use what is available to you to build the company of your dreams, and never stop. A successful businessman grows with each venture. And ventures grow with each iteration.

Mitch Allen is in the business of making Christmas a year-round thing. Reach out to Mitch at Santa@hiresanta.com.