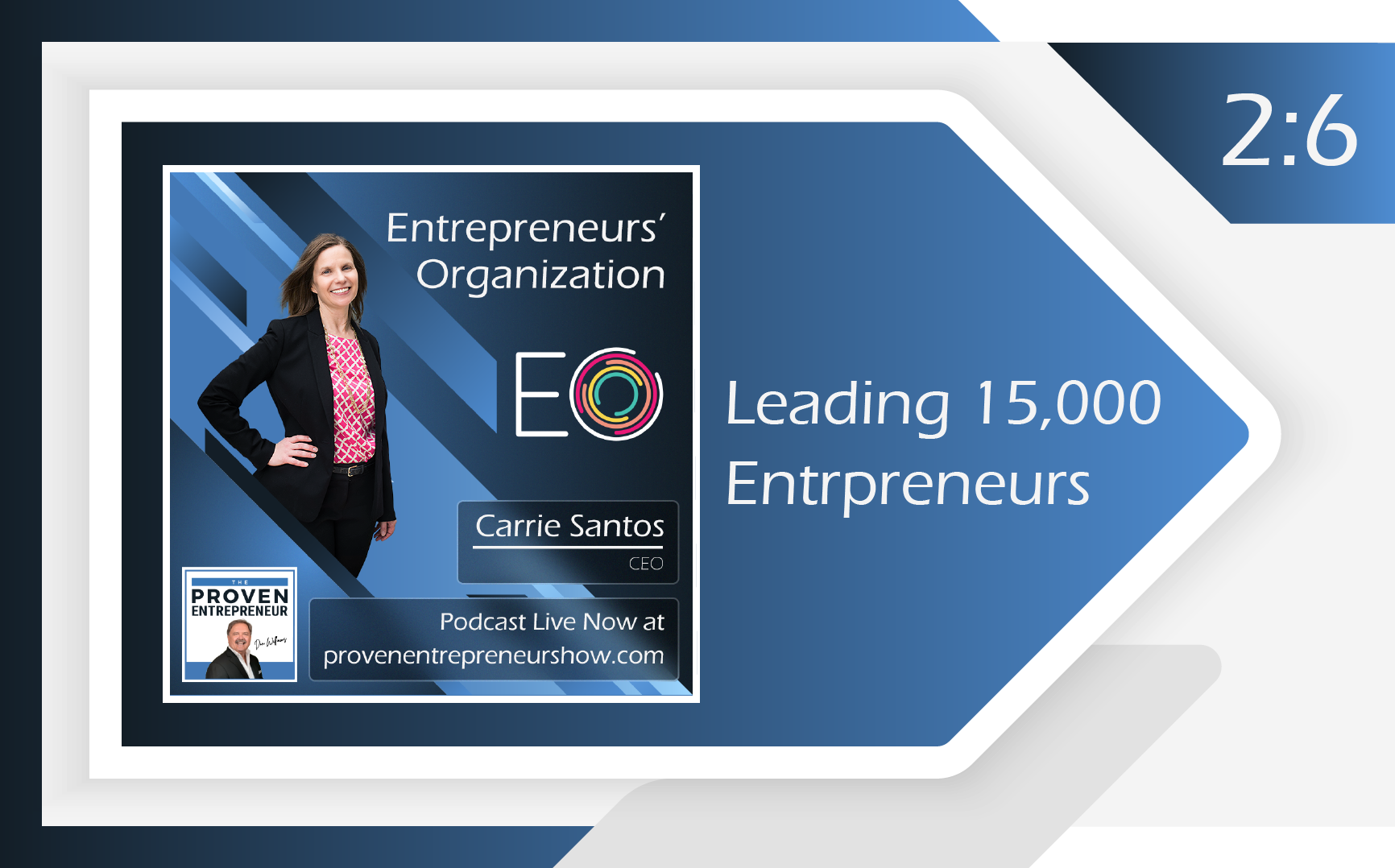 How Carrie Santos shifted from a long career in politics to become the CEO of the world’s largest group of entrepreneurs.

Dr. Carrie Santos, PhD is a superwoman. She started her entrepreneurial journey as a lead strategist in the US State Department. Today Dr. Santos serves as CEO of Entrepreneurs’ Organization (EO), which is home to 15,000 of the world’s most successful entrepreneurs.

Making a Career out of Nation-building

Carrie was born in a small town in the deep Midwest, where every house looked the same. For as far back as she could remember, she knew she that there was more to the world than her little corner.

When she was 12, she came across a book on foreign policy that changed the direction of her life forever. She went on to complete a degree in Russian Studies and a PhD in Political Science.

Right after graduation, she joined the US Ministry of Foreign Affairs, where she worked on human rights and refugee issues. Unsurprisingly, her work in the US State Department led to a position with the American Red Cross. Over the next decade, Carrie was directly involved in spearheading international disaster response efforts. Every time disaster struck, no matter where disaster struck, Carrie was there.

Learning from the Frontline

Like successful entrepreneurs, Carrie took every project as a learning opportunity. In fact, she learned some of her best lessons during her early years of work.

For one, Carrie’s recognized the value of growing and maximizing existing networks. As a program director in the Red Cross, Carrie always aimed to deliver help in the quickest amount of time. But even if the Red Cross arrived within a few days of each calamity, they always found that help was already being given. Carrie eventually realized that the locals could do such quick work because they were utilizing networks that always existed within the community. As CEO of EO, Carrie tries to do the same. She hires from within the EO network whenever possible. When needed, she asks for advice from her peers.

For another, Carrie learned the value of speaking up and being heard. When she first started in politics, she often deferred to her superiors because they were older. But the more she spoke up, the more she realized that she had something to offer. In the same regard, she learned the importance of giving good actionable feedback. Oftentimes, teams work with a singular focus to the point of burnout. Recognizing team members for their good work is the best way to boost morale and redirect goals.

EO is a global non-profit organization with members in over 60 countries. As CEO, Carrie is responsible for every one of the organization’s 15,000 members. While the work is tough, Carrie enjoys every minute because she considers it as an exercise in life-long learning. Her tenure in EO has also taught her the power of tenacity. Most of the time, the truest test of success is simply having enough faith to see things through.

She is a mom, foreign policy advocate, and CEO of the EO.

Carrie Santos is a wonderful role model. She is a mother, a foreign policy advocate, and the CEO of one of the most respected organizations in the world. Without a doubt, the future of EO looks bright with her at the helm.